Bule Hora University has signed a bilateral agreement with the University of Venda in South Africa. 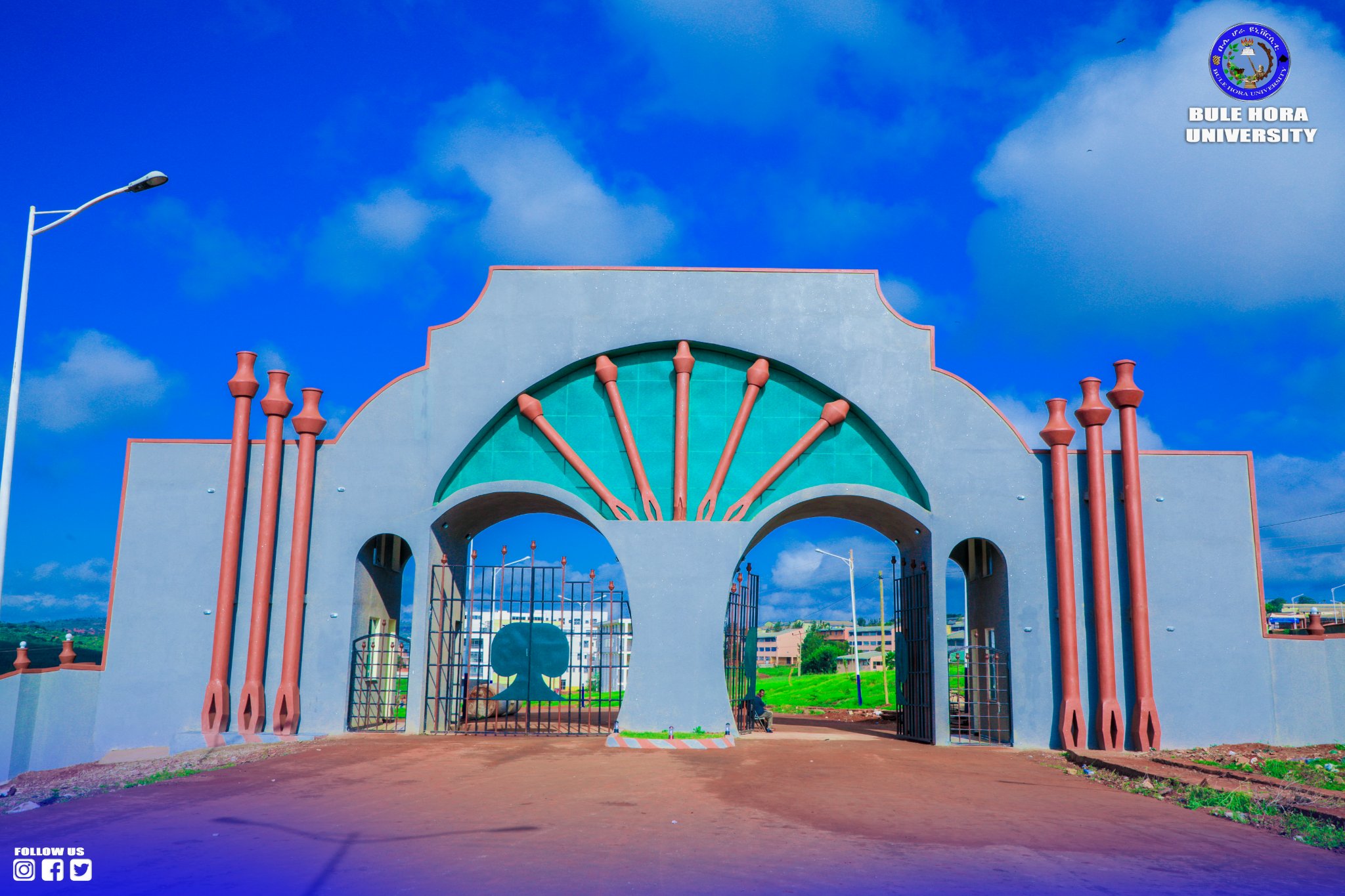 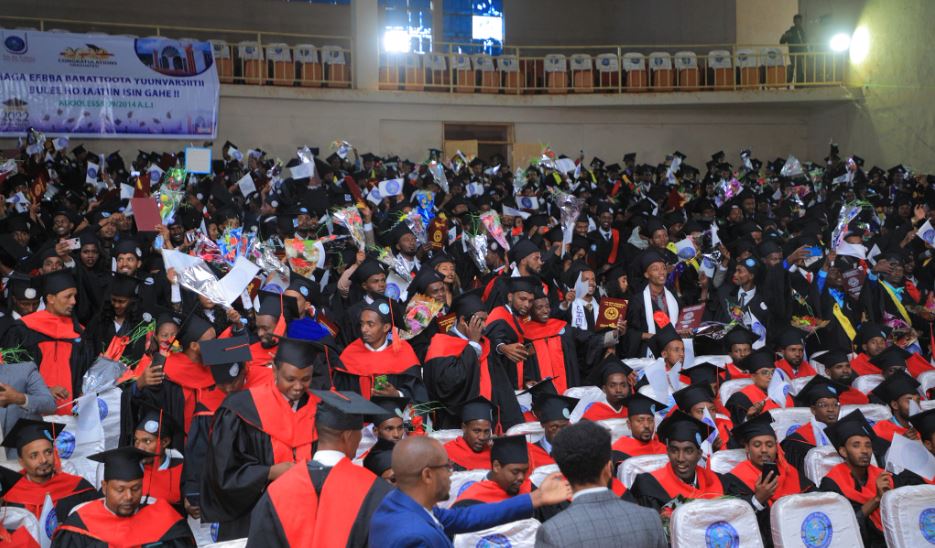 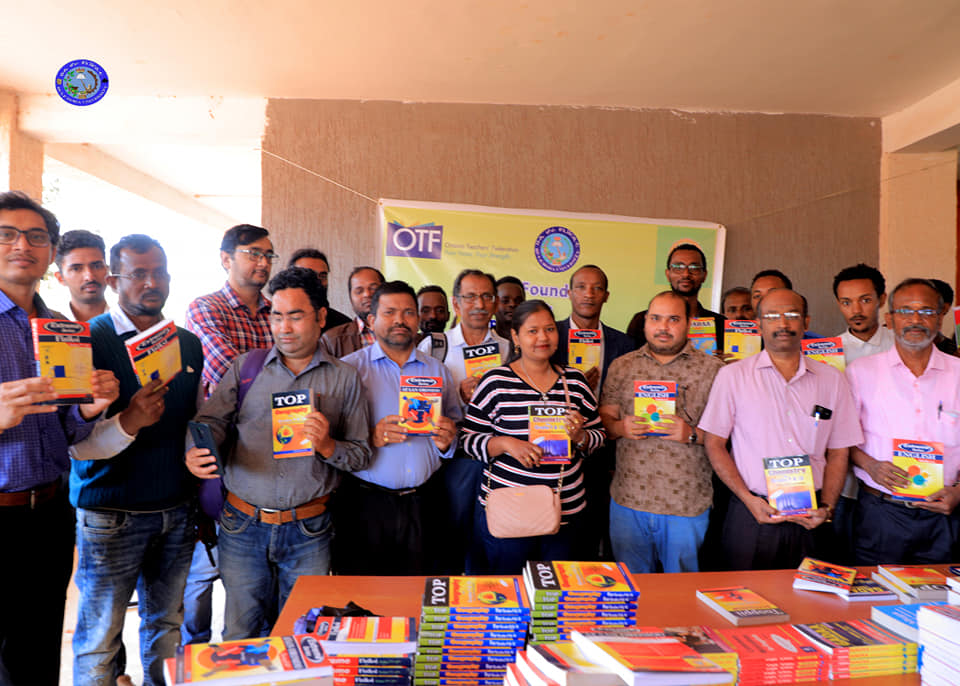 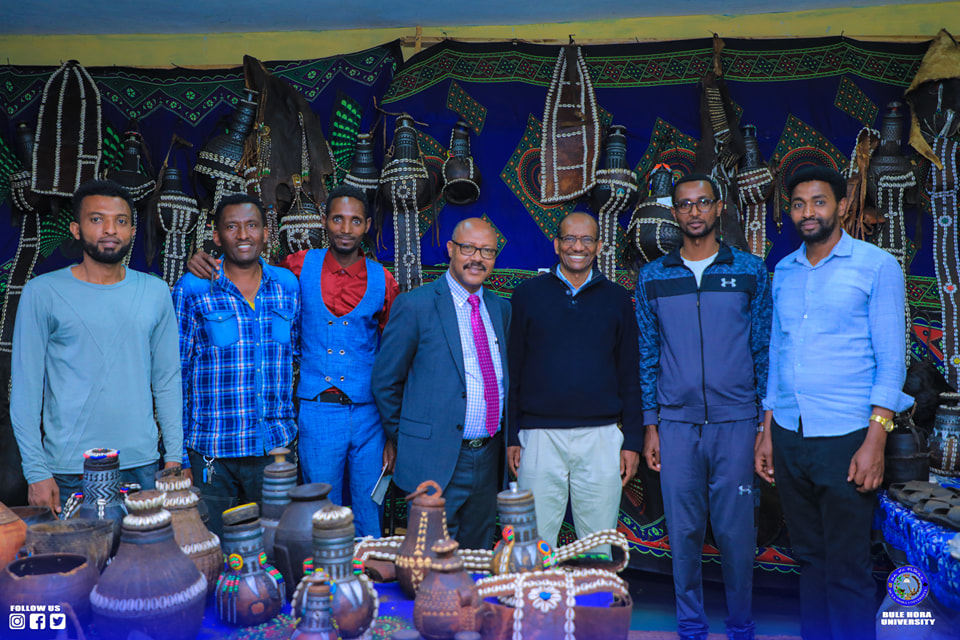 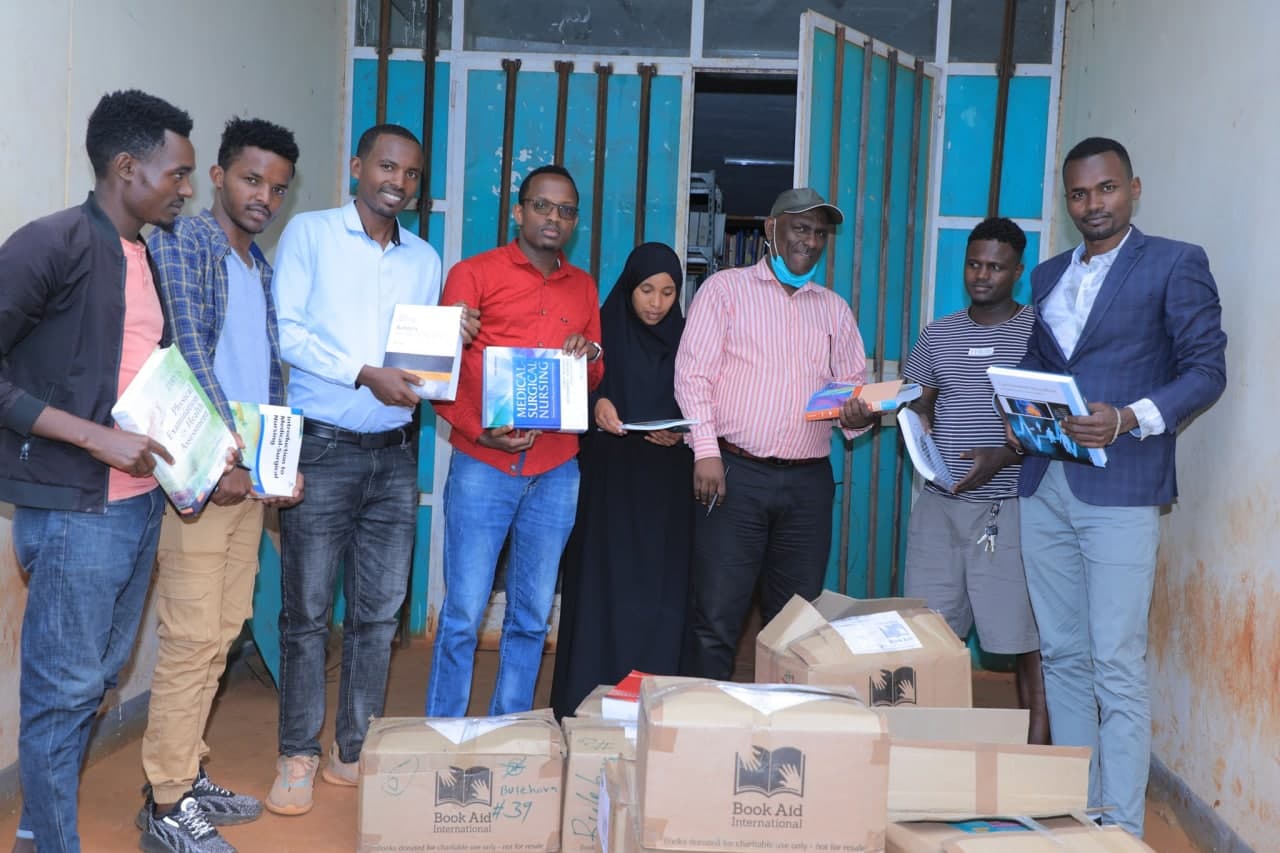 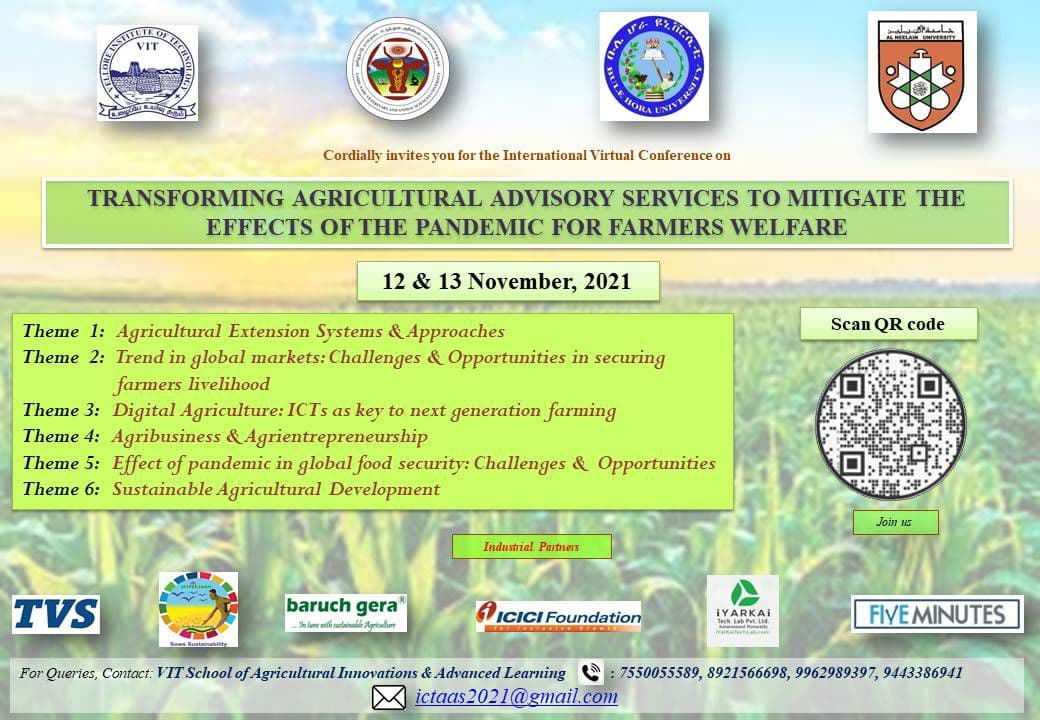 Condially invites you for international conference Background of the University
The number of higher education institutions in Ethiopia was very limited, with only 10 universities up to 2003, and 45 universities, including 13 new universities and 10 third-generation ones that started operating in 1997, until the end of the 2nd Growth and Transformation Plan (GTP). You have been giving. One of the purposes of the universities is to ensure equitable distribution of higher education institutions in the country.
Accordingly, the foundation stone of Bule Hora University, one of the founding universities of the 3rd generation, was laid on November 28, 2001 by the then Chief Executive of the Oromia Regional State and the State Minister of Education. The University is a public institution established by the Council of Ministers Regulation No. 213/2003.
The university is located in Bule Hora, 467 km from Addis Ababa, West Guji Zone and Oromia Region. The facility is located in two agricultural areas: semi-lowland and lowland areas, with high topography and humid climate in the north (Tache and Irwine, 2003). The average rainfall in the zone is 500 mm to 700 mm and the annual average is 648 mm. Temperatures range from 25 to 29 degrees Celsius in hot weather and 14 to 18 degrees Celsius in cold weather (Luseno, et.al, 1998).
Although there are many Guji Oromos living in the area, many other ethnic groups live together in peace and respect, preserving and sharing their values and indigenous knowledge. The area is home to the long-preserved and practiced Oromo cultural system of Sirna Gadaa. In addition, the environment is rich in various minerals (gold, copper, tantalum, ceramic and others); it owns natural and man-made natural resources such as forests, cash crops, livestock and so on. In addition to producing qualified graduates, the institute has also created a conducive environment for problem solving in the mining, mining and indigenous knowledge sectors.
The university enrolled 243 regular and 116 students enrolled by the Ministry of Education in the 2004 academic year in 4 faculties; In 6 classes: It has been teaching and learning since September with 72 teachers and 164 administrative staff. Since this historic year, the university has been increasing its enrollment, number of colleges and schools, and educational programs year after year; Currently 2 Institutes: It has 1 school and 7 colleges with 101 undergraduates; increased enrollment capacity in 84 Masters and 19 PhD programs.
As a result, Bule Hora University is providing various services in collaboration with local and foreign universities, governmental and non-governmental organizations to improve the quality of education, research and community services. Good governance and change programs to make the institution more effective by coordinating with the local community and other stakeholders; Quick Service Improvement Change Kaizen Result-oriented system; Institutions are working hard to bring about better performance and better service delivery through structural improvements and various other functions.

Historical Background of Bule Hora University
Higher education and training institutions are expected to be at the forefront of the development and transformation efforts of a nation. They have the responsibility to make multidimensional contributions to the achievements of a nation in terms of boosting the economy, democratic system and good governance. However, Ethiopian higher education has made limited contribution in the realization of such objectives in its history. This may be attributed to several factors; one of the most important is being low coverage.
‘In the past, higher education was not given due attention; its curriculum was not relevant to the country’s problems and its capacity was not commensurate with the country’s trained manpower needs both in quantity and quality’ (MoE, 2010).Recognizing this deficiency, the Ethiopian government is making efforts to expand higher education to make it contribute more directly to the national strategy of economic growth and transformation.
In line with this strategy, Bule Hora University (BHU) was established to play its part in the national efforts of bringing quality and excellence in teaching-learning, research, community services, administrative functions/good governance, connecting the development of cultural and natural resources with technology and its applications.
The foundation stone was laid by H.E Dr.Adhannum Hailu, the then State Minister of Ministry of Education and H.E Mr. Abadula Gemeda, the then President of Oromia Regional State, on 28 November 2008.The university was officially established by proclamation No213/2011 (2003 E.C.) as one of the Ethiopian government higher education institutions (HEIs).
This university is located at a distance of 467 km south of Addis Ababa, Oromia Regional State, and West Guji Zone at Bule Hora Town. The zone is divided into two agro-ecological zones namely, semi-arid lowlands to the south and the more humid lands at higher altitudes to the north (Tache and Irwine, 2003).
The mean annual rainfall across the zone varies between 500mm and 700 mm with an overall average of 648 mm. The area’s mean temperatures range from 25°C to 29°C during hotter season and 14°C to 18°C during colder season of the year (Luseno, et al., 1998).
Two major Oromo groups, Borana and Guji, and other minorities inhabit this area. They preserved and do share many indigenous values. The Oromo indigenous democratic Gada System, known as Sirna Gadaa, is preserved and practiced mainly in Guji and Borena Zones. Notwithstanding these indigenous values that Guji, Borana, and others cherish in common, the spirit of inter-ethnic group competition, and sometimes conflicts over grazing areas and water resources, remain deep-rooted in these pastoralist communities. The establishment of BHU, in the vicinity, would open an excellent opportunity to study and to solve their problems so as to enhance good governance, spirit of peaceful co-existence, positive attitudes towards diversity and tolerance. These could be achieved through scientific research, community service and partnership that are based on impartial appreciation of all local communities, and their respective contributions to the strategic initiatives BHU would undertake in this regard.
Moreover, the area is known for mining activities (Gold, Silver, Tantalum and so on), forest, cash crops and animal resources. Therefore, establishment of BHU in the area would create a unique opportunity to produce, beside competent graduates, research-based data and information for decision makers, customers, and stakeholders to exploit these indigenous resources as well as develop and sustain this peculiar ecosystem.
Since the construction of BHU delayed beyond expected completion time, the university started functioning in the campus of Bule Hora College of Teacher Education with a total of 243 regular and 116 weekend degree students in 4 faculties 6 departments in 2011/12 academic year; and transferred to its own campus in September 2012.
Currently, Bule Hora University functions in two campus premises: the main campus as Bule Hora which is situated in West Guji Zone, close to Bule Hora Town, at about BHU offers a total of 164 programs, of which 101 are undergraduate programs, 103 postgraduate programs (84 second degree (MA) and 19 third degrees (PhD). In these academic units, the University has now a total of 18,535 (7730(M=5900 F=1830) regular and 10,808(M=8682 F=2126) extension) enrolled students, including 16,015 are undergraduate students, 2520(M=2206 F=186) are Masters and 128(M=121 F=7) PhD students. Besides, the University has 956(M=867 F=89) local, 81(M= 77 F=4) International and in total 1037(M=944 F=93) Academic Staff and 2714 (M=1250 F=1464) administrative staff members.